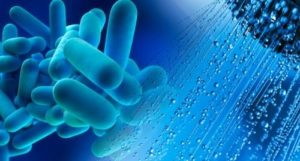 £1.8 million. What kind of health and safety breaches can lead to such a massive fine being imposed? In this instance, failings that risked exposing employees and visitors to legionella. For many businesses, that level of fine could shut them down for good.

All potential sources of infection were investigated. And even though the investigation couldn’t establish the disease came from the G4S site, it did uncover some serious failures to comply with the relevant regulations when it came to maintaining its water systems. Erratic monitoring and testing of systems. Inadequate training of staff. Out of date policies. Unsuitable and insufficient risk assessments. The fact that serious risks with the building’s hot and cold water distribution system had previously been identified – but nothing had been done to address them.

Legionella is a type of bacteria and it’s responsible for causing several diseases which are collectively known as legionellosis. The disease you’re most likely to have heard of is legionnaires’ disease. It’s a potentially fatal form of pneumonia. Some people are at a greater risk of contracting it than others but everyone’s susceptible to the infection.

The bacteria’s found in natural water sources (like rivers and lakes) but it’s rare for people to become infected from these sources as the conditions aren’t usually suitable for it to spread and be transmitted.

But the bacteria can also be found in purpose built water systems too and these systems pose a far greater threat as the water is often maintained at a temperature high enough to encourage growth. If you inhale small water droplets that contain the bacteria, you could contract legionnaires’ disease.

Could there be any legionella risks at your premises?

If you’re the employer or the person in control of a premises, you must take steps to prevent or control the risk of exposure to legionella. And the fact is that if you have any man-made water systems in your buildings, you’ve a potential source for legionella bacteria growth.

The conditions that encourage bacterial growth may be more common than you realise. Is water stored or re-circulated as part of your system? Is the water temperature in all or some parts of the system between 20–45 °C? Are there any sources of nutrients for the bacteria like rust, sludge, scale or organic matter?

And is it possible for water droplets to be produced and, if so, could they be dispersed over a comparatively wide area? You might think places like cooling towers are the most vulnerable but there are plenty of other smaller systems that could also present a risk like humidifiers, emergency showers and even indoor ornamental fountains.

How do you go about identifying and assessing the risk?

Ideally your first consideration should always be whether you can eliminate the risk of legionella completely by using an alternative kind of water system. But if that’s not an option then you must identify every potential risk in your water system (and associated equipment) via a thorough risk assessment. If you identify any risks you can’t prevent, you must introduce appropriate controls.

The consequences of getting it wrong can be devastating. Both from a sentencing viewpoint – as clearly demonstrated in the G4S case – but also and more importantly because getting it wrong could cause someone’s death. If you’re concerned about what you need to do to make sure you are protecting your business and everyone associated with it from the risks of legionella, speak to us. As facilities management experts we offer a full water sampling and legionella testing service and can advise you on the steps you must take to comply with the legislation.